It’s Never Aliens—until It Is

It’s Never Aliens—until It Is 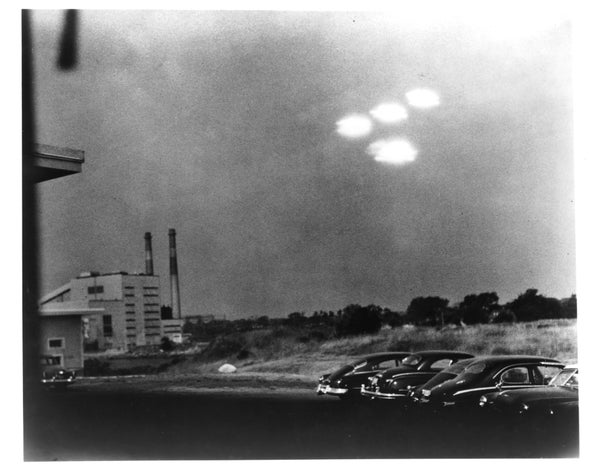 What do a strangely fading faraway star, an oddly shaped interstellar interloper in the solar system and a curious spate of UFO sightings by members of the U.S. military all have in common?

They are all mysterious, for one thing—eye-catchingly weird, yet still just hazy outlines that let the imagination run wild. All have recently generated headlines as possible signs of life and intelligence beyond Earth, of some mind-bogglingly advanced alien culture revealing its existence at last to our relatively primitive and planetbound civilization. Yet their most salient shared trait so far is the certainty they provoke in most scientists, who insist these developments represent nothing so sensational. Ask a savvy astronomer or physicist about any of these oddities, and they will tell you, as they have time and time before: It’s not aliens. In fact, it’s never aliens.

Far from being close-minded killjoys, most scientists in the “never aliens” camp desperately want to be convinced otherwise. Their default skeptical stance is a prophylactic against the wiles of wishful thinking, a dare to true believers to provide extraordinary evidence in support of extraordinary claims. What is really extraordinary, the skeptics say, is not so much the possibility of extraterrestrial intelligence but rather the notion that its existence nearby or visitation of Earth could be something easily unnoticed or overlooked. If aliens are out there—or even right here—in abundance, particularly ones wildly advanced beyond our state, why would incontrovertible proof of that reality be so annoyingly elusive?

To put it more succinctly, as the nuclear physicist Enrico Fermi did more than a half century ago, “Where are they?” Given a 10-billion-year-old galaxy filled with stars and planets, and an Earth less than half that age, Fermi guessed we are unlikely to be the first technological culture on the galactic stage. If just one spacefaring civilization predated our own in the Milky Way, he calculated, even moving at a very languorous pace it should have had more than enough time to visit, explore and colonize every planetary system in the galaxy.

Ever since, practitioners of the search for extraterrestrial intelligence (SETI) have been brainstorming about why we do not encounter glaringly obvious signposts of an interstellar diaspora: Maybe there are nigh-universal bottlenecks in the odds for the emergence of life, intelligence or high technology, and we are indeed alone. Maybe we are not alone at all, but interstellar travel is so hard that everyone just stays home. Maybe we are being quarantined, and UFOs are dronelike documentarians recording an intergalactic Planet Earth miniseries. Maybe our galaxy is bursting at the seams with alien civilizations, and we simply have not looked hard enough—presuming we are capable of properly looking at all. Even the know-it-alls in the “never aliens” crowd would concede the diversity of possible answers to Fermi’s question says more about our ignorance than our knowledge.

One of Fermi’s SETI-pioneering peers, the physicist Freeman Dyson, once summarized the situation thus: “Our imaginings about the ways that aliens might make themselves detectable are always like stories of black cats in a dark room. If there are any real aliens, they are likely to behave in ways that we never imagined.” Even so, he added, “the failure of one guess does not mean that we should stop looking”—particularly because whatever may keep our skies alien-free would likely keep the rest of the universe free of star-trekking humans as well. Contemplating Fermi’s question is a way of exploring pathways to our possible futures. Finding aliens—or coming up empty in our searches—has profound implications for our own ultimate cosmic fate.

That is something to keep in mind while considering the latest near-hits (or near-misses), detailed below, in the ongoing search for cosmic company.

Discovered in archival data from NASA’s Kepler space telescope in 2015 by the Louisiana State University astronomer Tabetha Boyajian, the extreme episodic dimming of “Tabby’s Star,” or “Boyajian’s Star,” inspired speculations it was being engulfed by starlight-absorbing “alien megastructures” (think: a solar power plant the size of a solar system). Those speculations helped Boyajian and colleagues launch a successful Kickstarter project that raised funding for further scrutiny of the star, an effort that jumped into overdrive in May 2017, when the star began another dimming episode. But instead of revealing aliens, those observations—and others from telescopes around the world—found the culprit is probably clouds of submicron-scale dust around the star.

“If these dips were caused by solid, opaque objects, you’d expect them to block light equally at all colors. But we saw that the dips were deeper in blue [light] than they were in the red, which indicates that something more transparent, like dust, is crossing in front of the star,” Boyajian says. “How do we know it’s not solar panels absorbing blue light more efficiently than red light? Well, we don’t, but we do know dust is all over the universe in many different places, and what we now see is what we’d generally expect from dust.” The result mirrors that of another team led by the University of Arizona astronomer Huan Meng, which also flagged dust as the likely cause of the star’s odd behavior in October 2017.

Even so, Jason Wright, an astronomer at The Pennsylvania State University who collaborates with Boyajian on studies of the star, cautions that much more work is needed as dust is not the only remaining explanation. Other possibilities—such as intrinsic fluctuations in the star’s luminosity or even a black hole with a cold and dusty debris disk drifting across our interstellar line of sight—could also still fit the data. In theory, Wright says, even the “aliens” hypothesis is still on the table—although only if their megastructures are improbably adept at mimicking “boring old dust.”

“You don’t want to immediately cry ‘aliens’ like a boy crying wolf every time you see something and don’t understand it,” Wright says. “But with Tabby’s Star that’s not what has happened—she and her team have spent years trying to solve what is a legitimate astrophysical mystery.” The upside of all the public attention, Wright says, is that it has lured many astronomers to work on Tabby’s Star “precisely because all the ‘aliens’ talk annoyed them, and they wanted to find a natural explanation.”